“We’re going to kick things off in New York City”, announced a paraphrased Brian Fallon to the Irving Plaza audience. “And we’re going to wrap things up in Jersey.”

The tri-state crowd, packed to capacity and sweating on a hot New York evening, responded with roaring applause. Of course, kicking things off meant the The Gaslight Anthem’s first show supporting the brand new American Slang. In choosing the 1000-person capacity Irving Plaza as the spot to unveil their latest effort on SideOneDummy Records , The Gaslight Anthem ensured an intimate celebration for the local scene that nurtured the band since their inception. The night served as a celebration of two worlds, with the quartet playing their new album in its entirety (minus closer “We Did it When We Were Young”) and also tossing in a healthy portion of material across their previous three discs.

Before The Gaslight Anthem, though, former Avail frontman Tim Barry opened the show, playing a thirty-minute folk-punk acoustic set. The Virginia-born singer-songwriter spent a portion of his set focusing on issues local to his hometown, Richmond, but still connected to the New York audience with worldwide themes of equality and justice. “Prosser’s Gabriel”, from his latest effort on Suburban Home Records, was a particularly intelligent look at the 1800 Virginia slave rebellion, questioning why history books seem to exclude mention of the state-issued murder of nearly thirty slaves. “Avoiding Catonic Surrender”, from Barry’s 2006 debut, Rivanna Junction, name-checked The Gaslight Anthem’s hometown and caught the crowd’s attention; with interest piqued, Barry thanked the crowd for showing up early to listen and closed with “Dog Bumped”, a true story about a friend locked in jail for murdering a man who had abused his sister.

Rival Schools performed next, playing a style in stark contrast to the previous half-hour of acoustic folk-punk. Best described as late 1990s hard/alternative rock, the four-piece failed to impress during their forty minutes on stage. The quartet sounded tight and precise, but their sound seemed tired. Their lone album, United by Fate, wasn’t particularly fresh when it was released in 2001 on Island Records, and the songs hardly hold up a decade later. Cuts like “The Switch” show that the band has vision, but most of the band’s best moments are quickly lost in humming guitars and droning rhythms. Frontman Walter Schreifels, a member of three of the most influential punk/hardcore bands over the last three decades (Youth of Today, Gorilla Biscuits, Quicksand), has much more potential than is executed with the recently reunited Rival Schools. 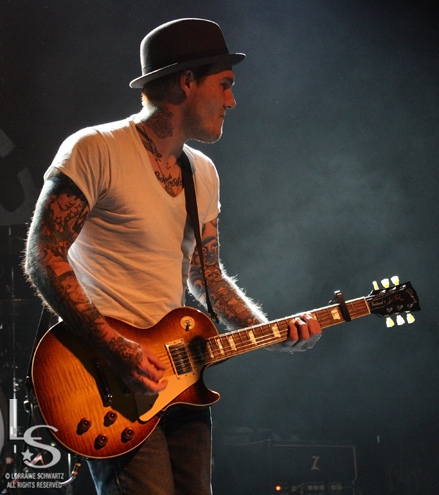 Following a very quick set change, American Slang‘s title track kicked things off for The Gaslight Anthem, with a surprising number of fans singing in unison with frontman Brian Fallon’s opening words: “Look what you started.” Generally, the crowd is not supposed to sing along to your record release show. American Slang, however, leaked months before its store date and much of the audience came prepared. Still, the whole crowd wasn’t into it — The Gaslight Anthem’s live show thrives on singalongs, and a good number of fans felt left out during the show’s first few minutes. The New Jersey natives, with enough foresight and touring experience, rectified things with “Old White Lincoln” immediately following “American Slang”. 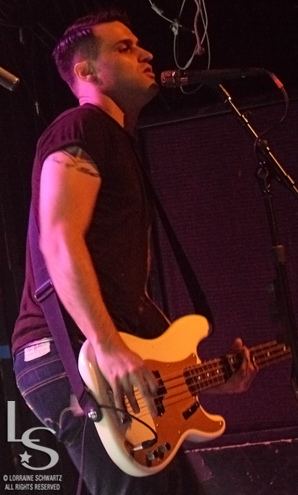 The speedy “Stay Lucky” brought things back to new territory, but the crowd was dosed with enough adrenaline following an excellent performance of the previous The ’59 Sound favorite to keep things energetic and lively. “Bring it On” went next, followed by “The ’59 Sound”: not a body was still nor a voice silent — everyone in the building sang and danced along to the band’s breakout hit. The alternating punches of two of their most popular songs tossed into an otherwise straight play-through of their new album worked magnificently, displaying the quartet’s peerless vision of  creating an exciting rock-and-roll concert experience. 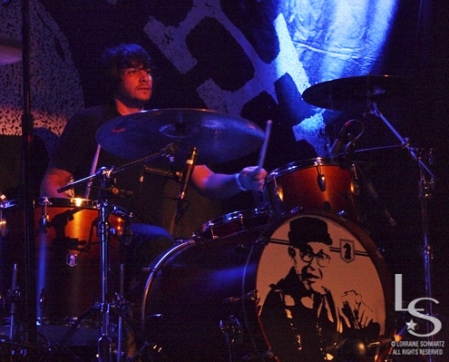 Of course, the fact that American Slang is absolutely awesome doesn’t hurt, either. “Spirit of Jazz” proved that The Gaslight Anthem can still craft a punk-driven powerhouse romp amidst an album full of more spacious, slower tempo cuts, and, for the first time performing the song, “Orphans” sounded as solid as anything else in their catalog. “Boxer”, minus Fallon’s staccato studio intro, was as good as if not better than its album counterpart. “Old Haunts” both reminisced in and dismissed the nostalgia of Sink or Swim‘s “The Navesink Banks”, seeming to indicate the band’s desire to move forward while still holding onto and balancing their past efforts. 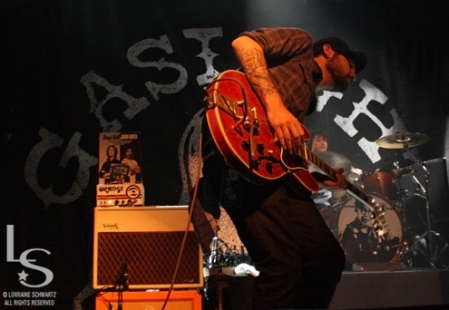 Dedicated to their friends and punk pioneers, The Bouncing Souls, The Gaslight Anthem embraced their past with “We Came to Dance”, and the crowd responded appropriately with waves of energy for the first Sink or Swim song of the night. “Blue Jeans and White T-Shirts” rounded out The Gaslight Anthem’s first set, and fans chanted for just a few moments before the quartet started their massive eight-song encore. The penultimate “Here’s Looking at You, Kid” — particularly the not-so-subtle reference to New York’s 7th Avenue — was met with erupting applause before the band wrapped up with an enormous performance of The ’59 Sound closer “The Backseat”.

The Gaslight Anthem sounded remarkable the entire evening, somehow managing to come off even tighter than their last already-excellent trip to the city. Fallon was playful, at one point kicking a balloon “in honor of the World Cup”, and the entire band seemed genuinely excited to be on stage in New York City for the first time in 2010. Set selection was top-notch; mixing up a straight run through American Slang with their biggest singles tossed in kept both die-hard and casual fans alike entertained throughout the entire evening.

All photos by the incredible Lorraine Schwartz.